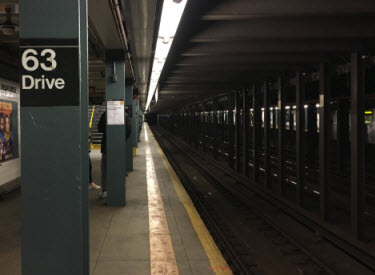 Rego Park is a community located in the borough of Queens in New York City. Rego Park is bordered to the north by Elmhurst and Corona, to the east and south by Forest Hills, and to the west by Middle Village. Rego Park’s boundaries include Queens Boulevard, the Long Island Expressway, Woodhaven Boulevard, and Yellowstone Boulevard. Rego Park stretches a slim arm all the way south to Metropolitan Avenue, where it meets the edge of neighboring Glendale. Its border to the west is simply Woodhaven Boulevard across from St. John’s Cemetery and the neighborhood of Middle Village.

The Long Island Expressway (I-495) provides convenient access to the neighborhood, as well as providing direct access to the Midtown Tunnel and Manhattan. The Van Wyck Expressway and the Grand Central Parkway and Jackie Robinson Parkways are all also nearby.

The IND Queens Boulevard Line of the New York City MTA Subway has local stations at 63rd Drive 67th Avenue, and Woodhaven Boulevard on the E, ​M, and ​R trains. It’s about 20 minute ride to Manhattan. The line, running under the span of Queens Boulevard, was completed from 1935–37.